For thirty years, André Sunier has been working in the after-sales service department at FELCO. On his workbench, he has patiently overhauled and repaired tens of thousands of pruning shears. Soon to be retired, "Dédé" tells us about his love of a job well done, giving new life to tools that have worked hard. 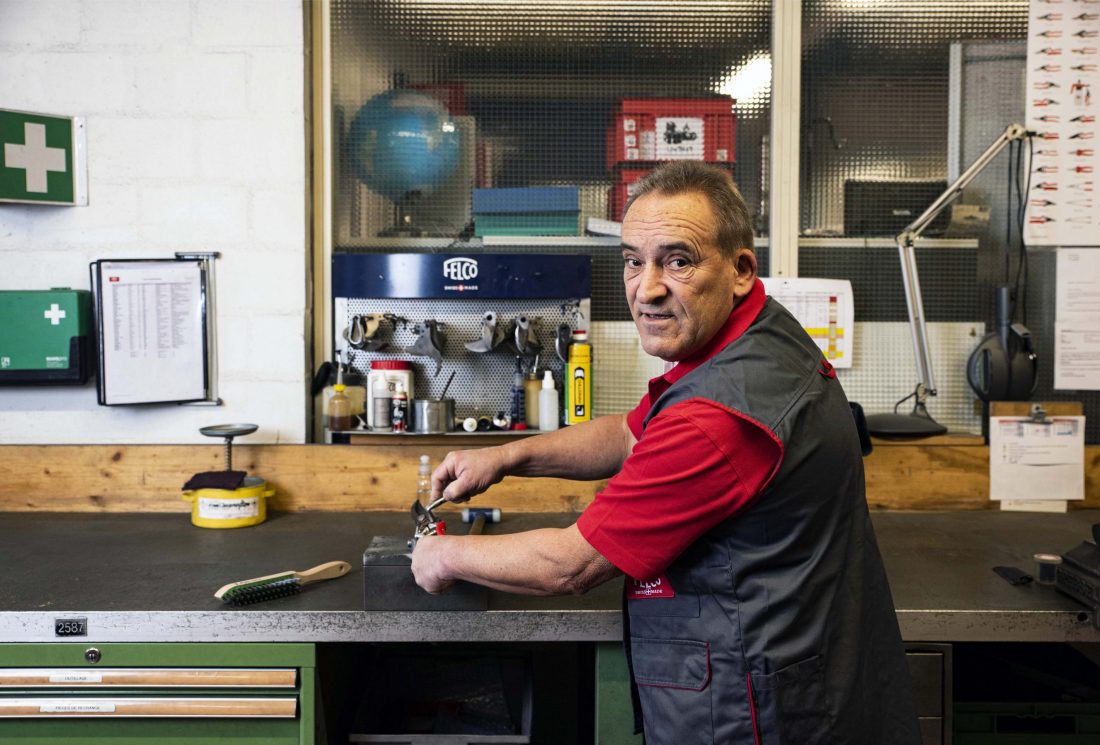 By looking at the pruning shears in his hand and with a few gestures, André Sunier knows what he has to do to make the tool new again. For more than thirty years, this professional has been working in the after-sales service department at FELCO. He revises and repairs the tools entrusted to him. "On average, I do between 600 and 700 per year," he explains.  So, since he joined the after-sales service, "Dédé" has refurbished 20,000 tools, "not counting all the ones I've done at external events", he says. In fact, the FELCO after-sales service for the Swiss market regularly offers free tool services at parties or events in garden centers.

André leans over the workbench to tackle this rusty FELCO 2. This tool is challenging. But not for long. "My satisfaction, is to give the customer back their tool as good as new, and as quickly as possible. These are working tools, which are very important to their users”.  And they are grateful. André Sunier treasures the messages from satisfied customers. They are printed and displayed on the wall in his workshop. "These are my trophies," he laughs, very proudly. For these messages are a direct and sincere recognition of the quality of his work.

"Generally, if the customer looks after their tools correctly, a service will refurbish them," explains André, while brushing the parts of the completely dismantled FELCO 2.

There is, however, a tiny downside to his career. "Someone once brought me a very old tool for which we had no spare parts. And the handle was cracked. Irreparable.  In my thirty year career, it has been the only tool that I haven't managed to save," he says, while cleaning a blade full of dried sap. His know-how was passed on to him directly by Felix Flisch, the founder of FELCO. "I was a mechanic. Mr. Flisch asked me if I was interested in customer service. He showed me all the tricks of the pruning shears' trade. He was a gentleman.

Sustainability as a philosophy

The sparks fly on the pruning shears. With an experienced hand, André sharpens the blade of the secateurs. It is now sharp again, just as it should be. Repairing instead of throwing away, making a tool the companion of a lifetime, that was the whole philosophy of Félix Flisch. His concern for the durability of the tool thanks to the interchangeability of all the parts continues to this day throughout the company, and Dédé is the perfect ambassador for this.

In just half an hour of expert care, after the necessary replacement of a few parts such as the blade, the toothed nut, the thumb catch or the spring, the old pruning shears, which were covered with resin and rust are shiny again and have regained their sharpness. After a quick spray of lubricant, the FELCO 2 is put into a brand new package. "It's ready for a new life," says André Sunier.

In a few weeks, Dédé will retire. But he prefers not to think about it too much. Because in his cupboard, the pruning shears to be revised are lined up. There is work for the week. And once he retires, what will he do with his days? "At home? Well... I'll maintain my own FELCO tools! 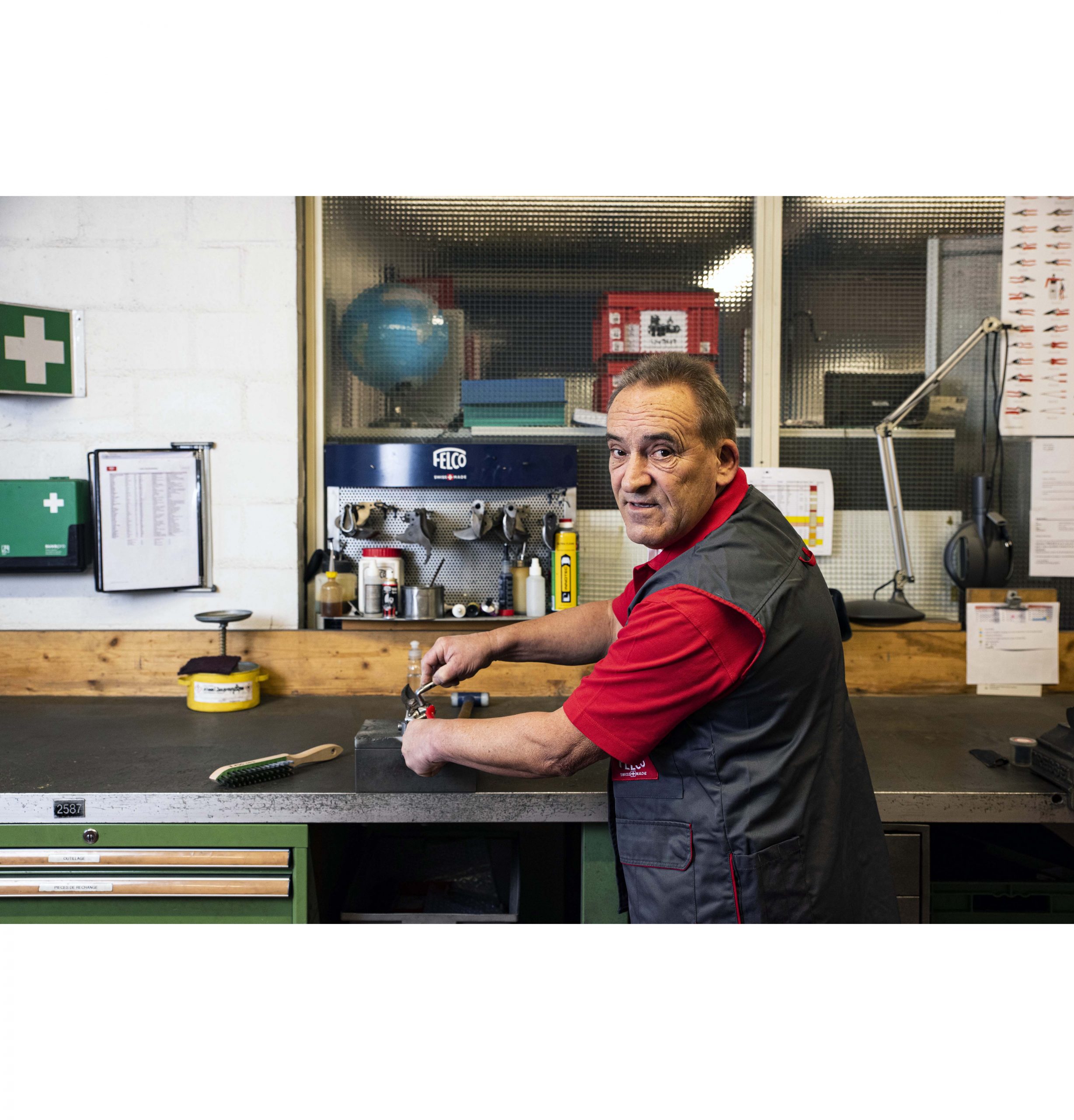 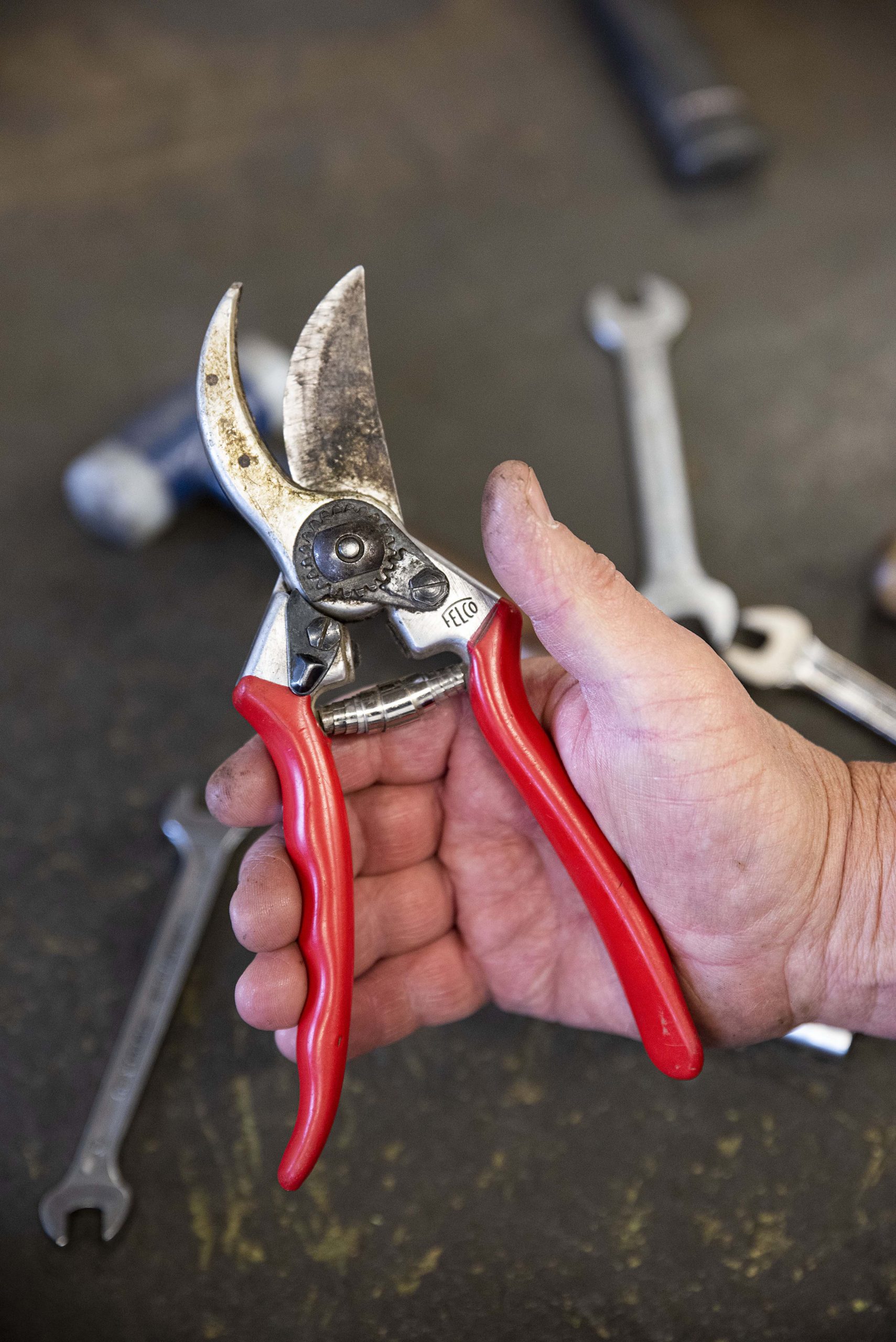 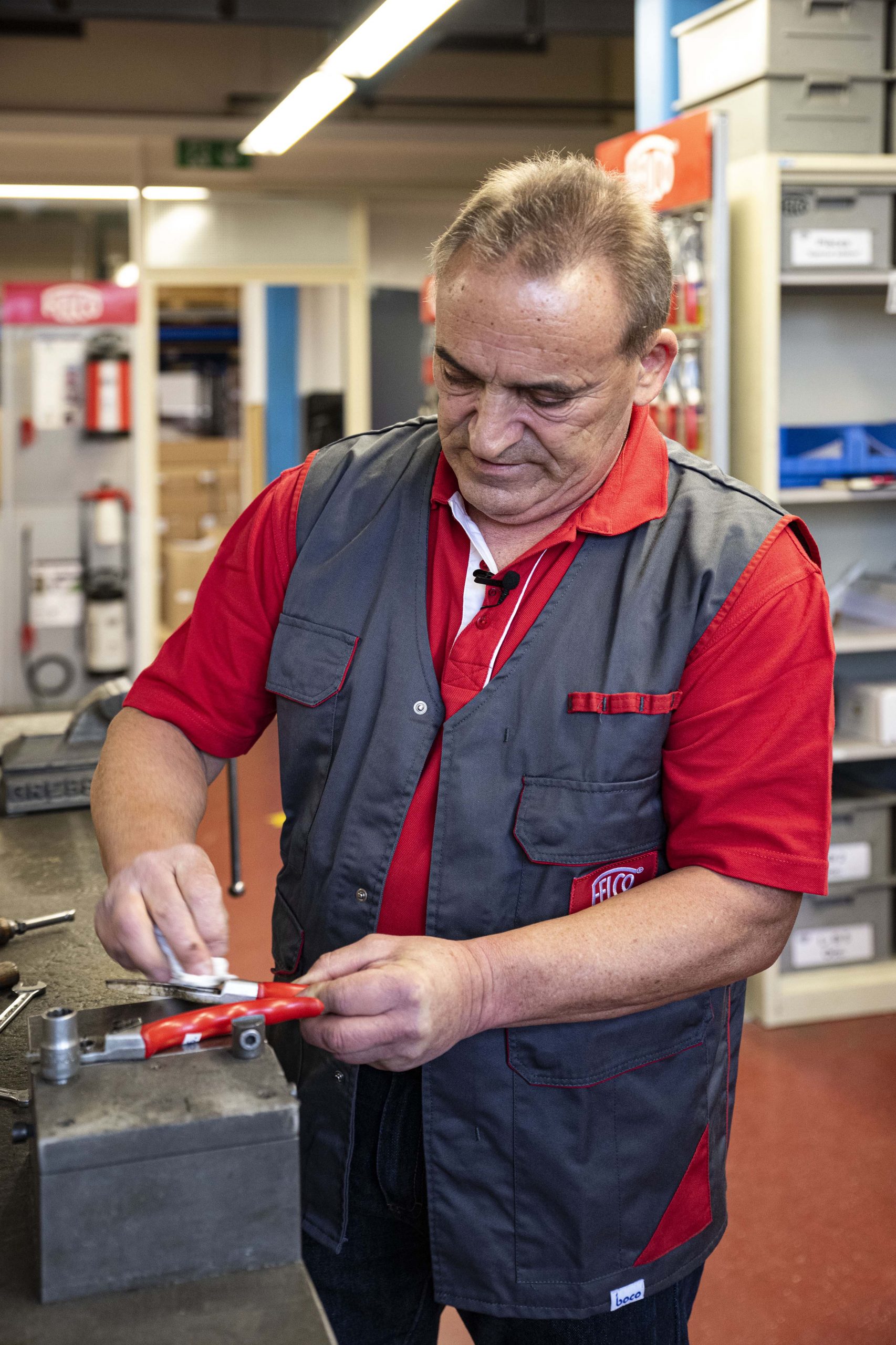 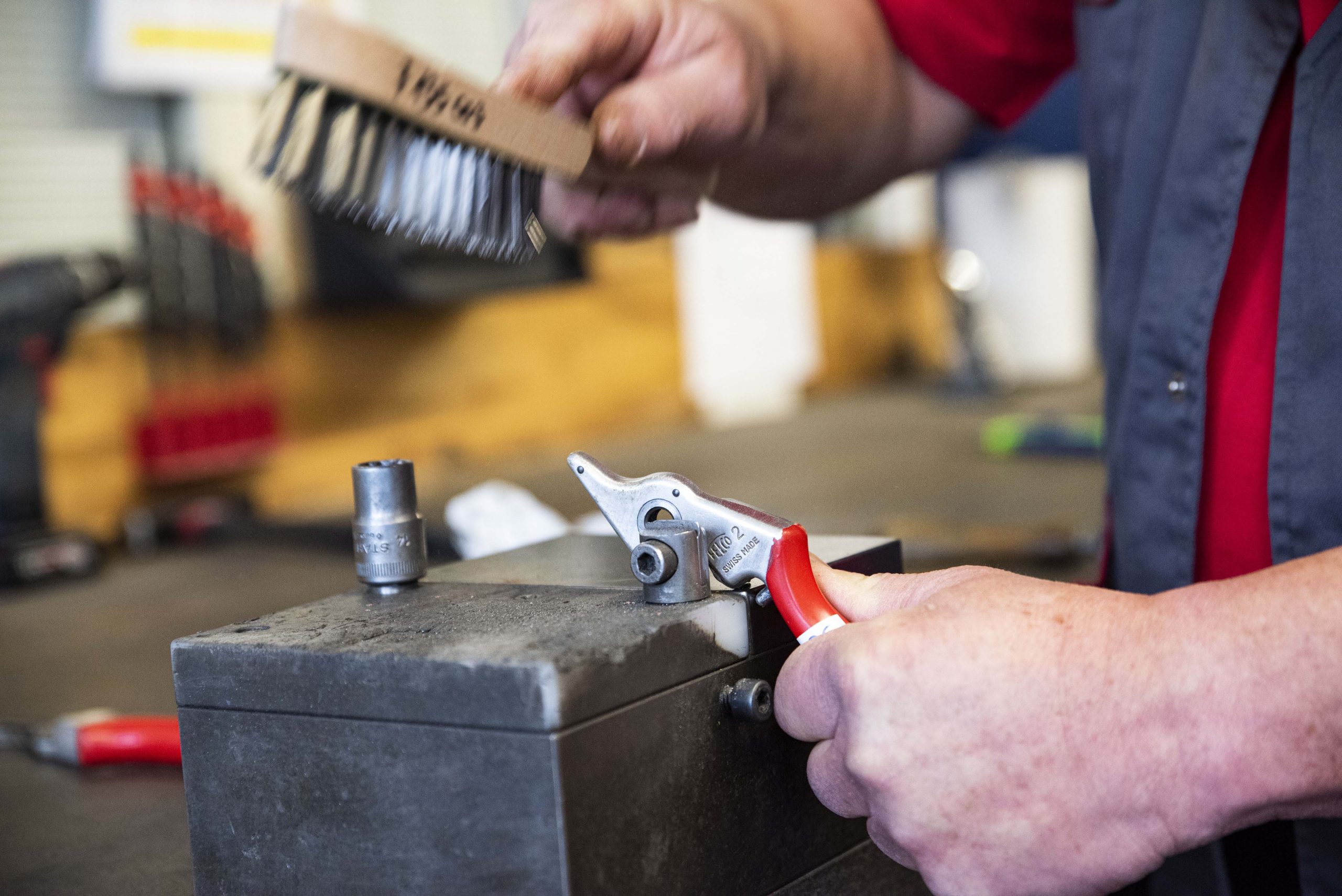 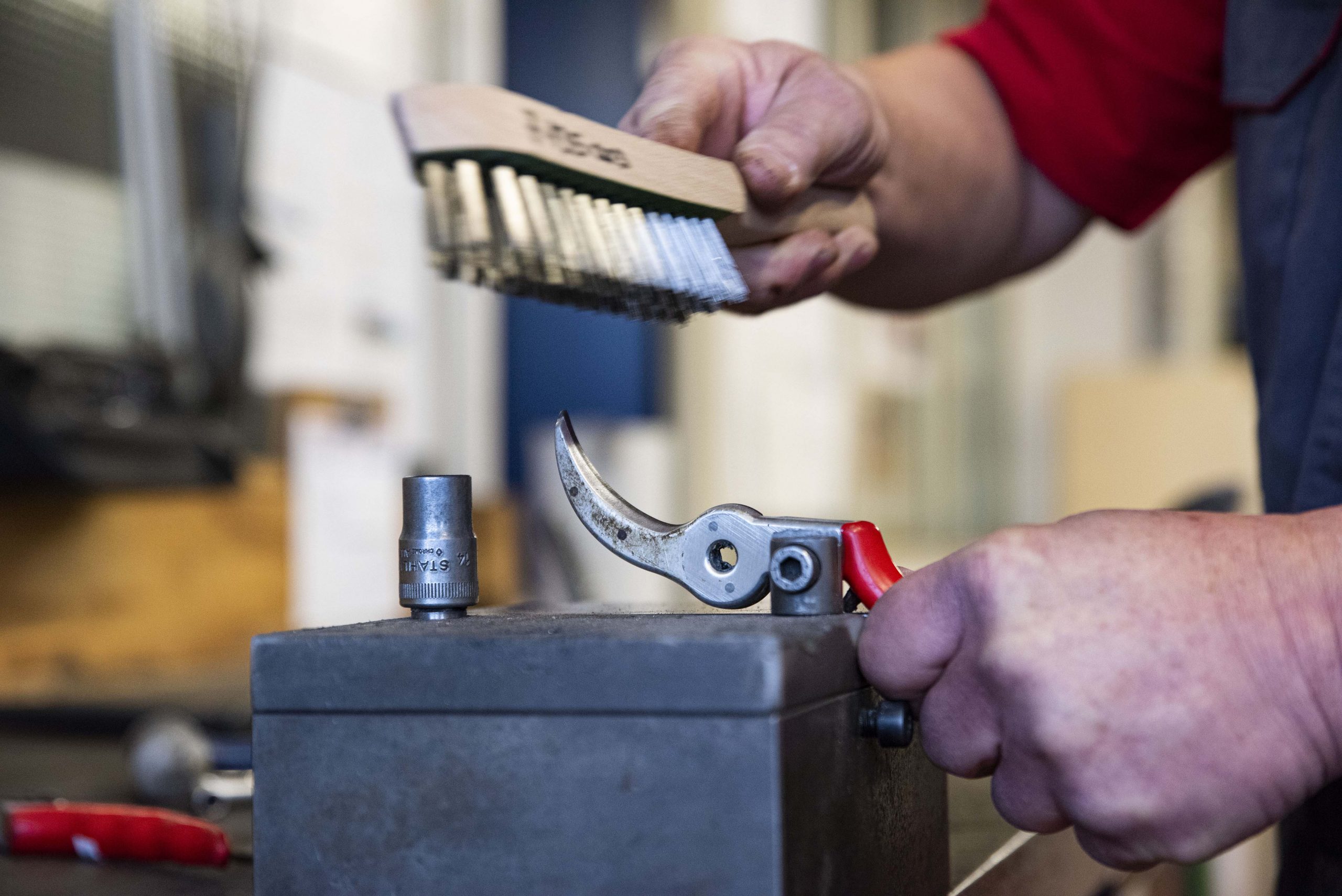 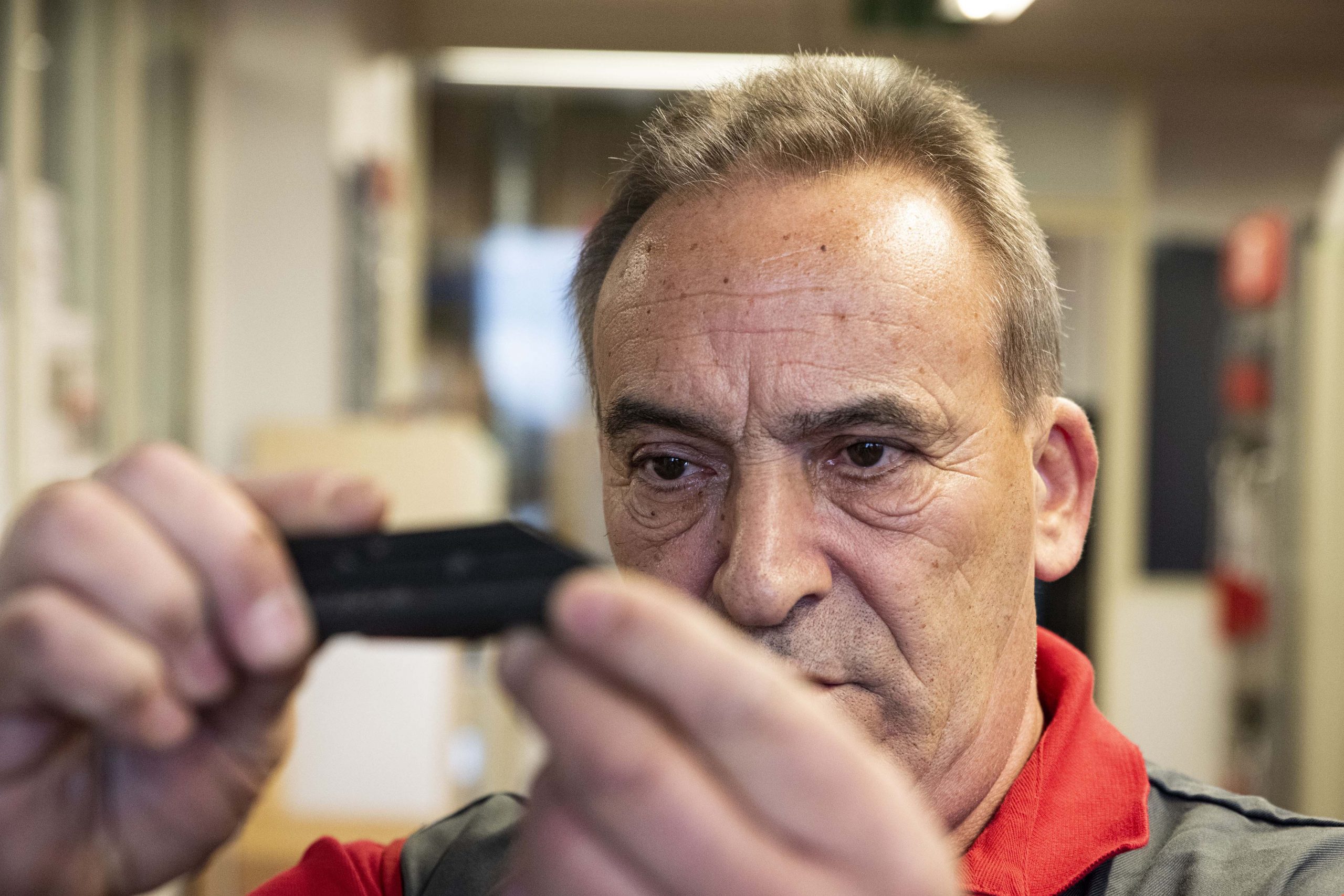 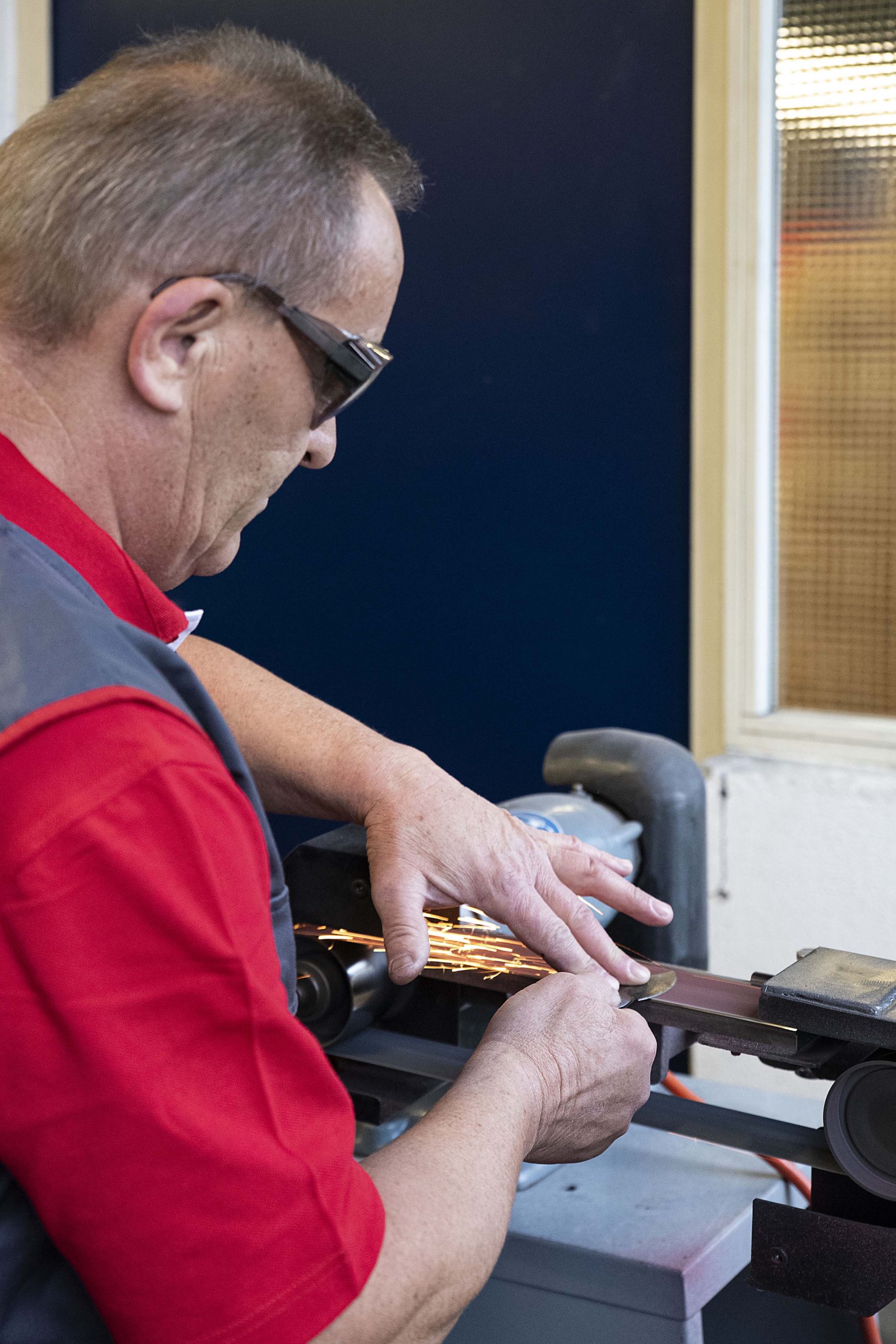 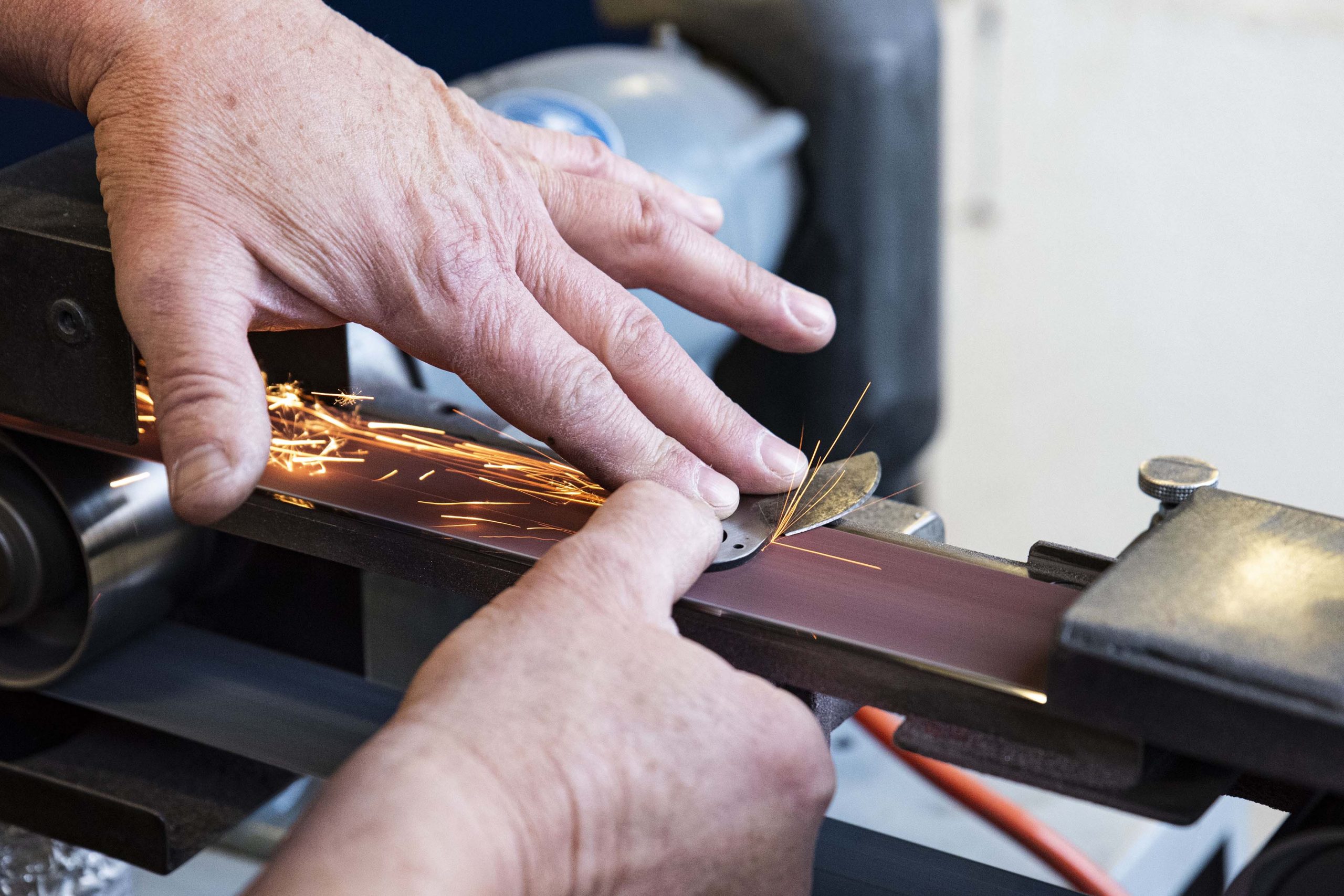 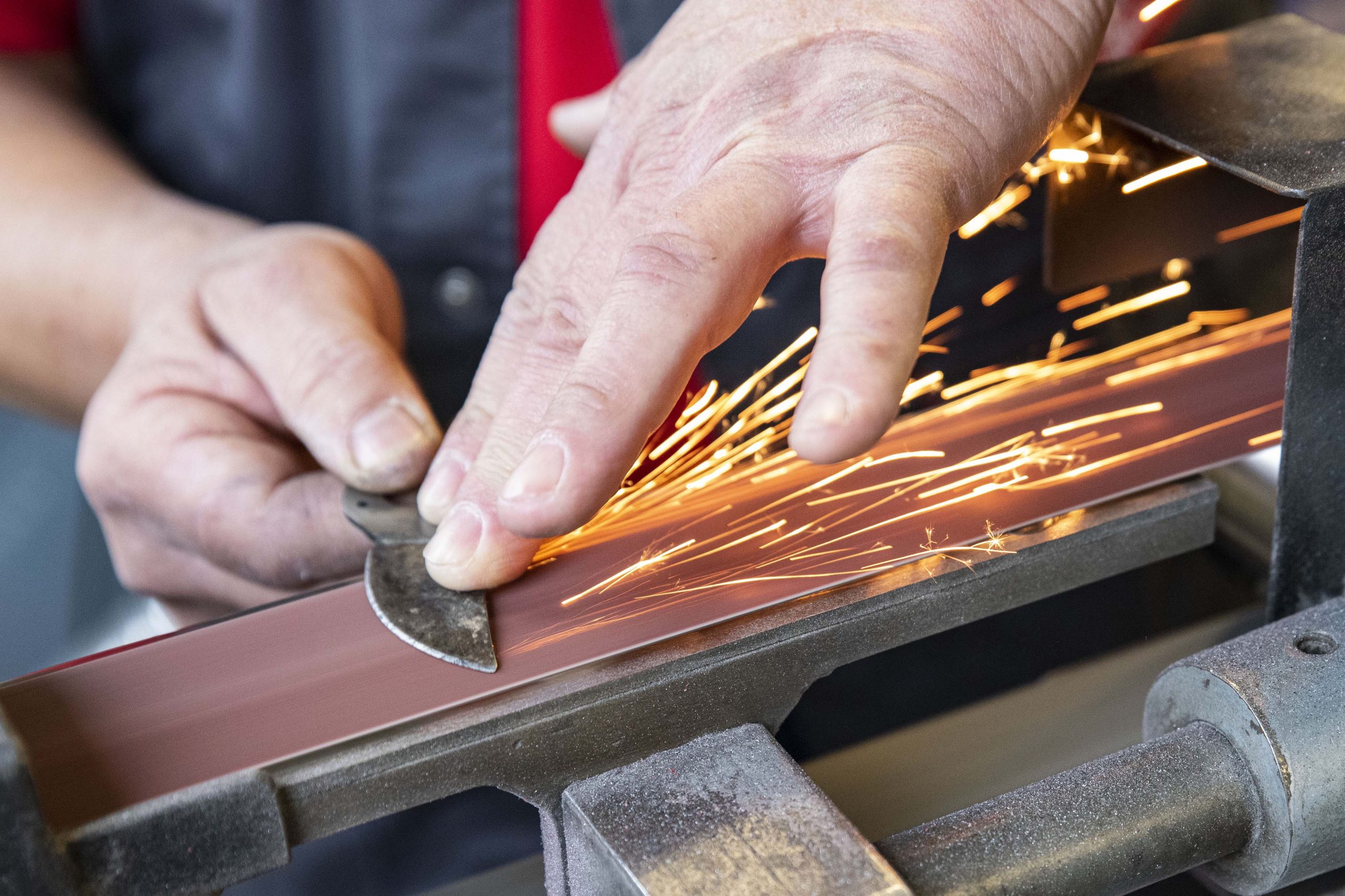 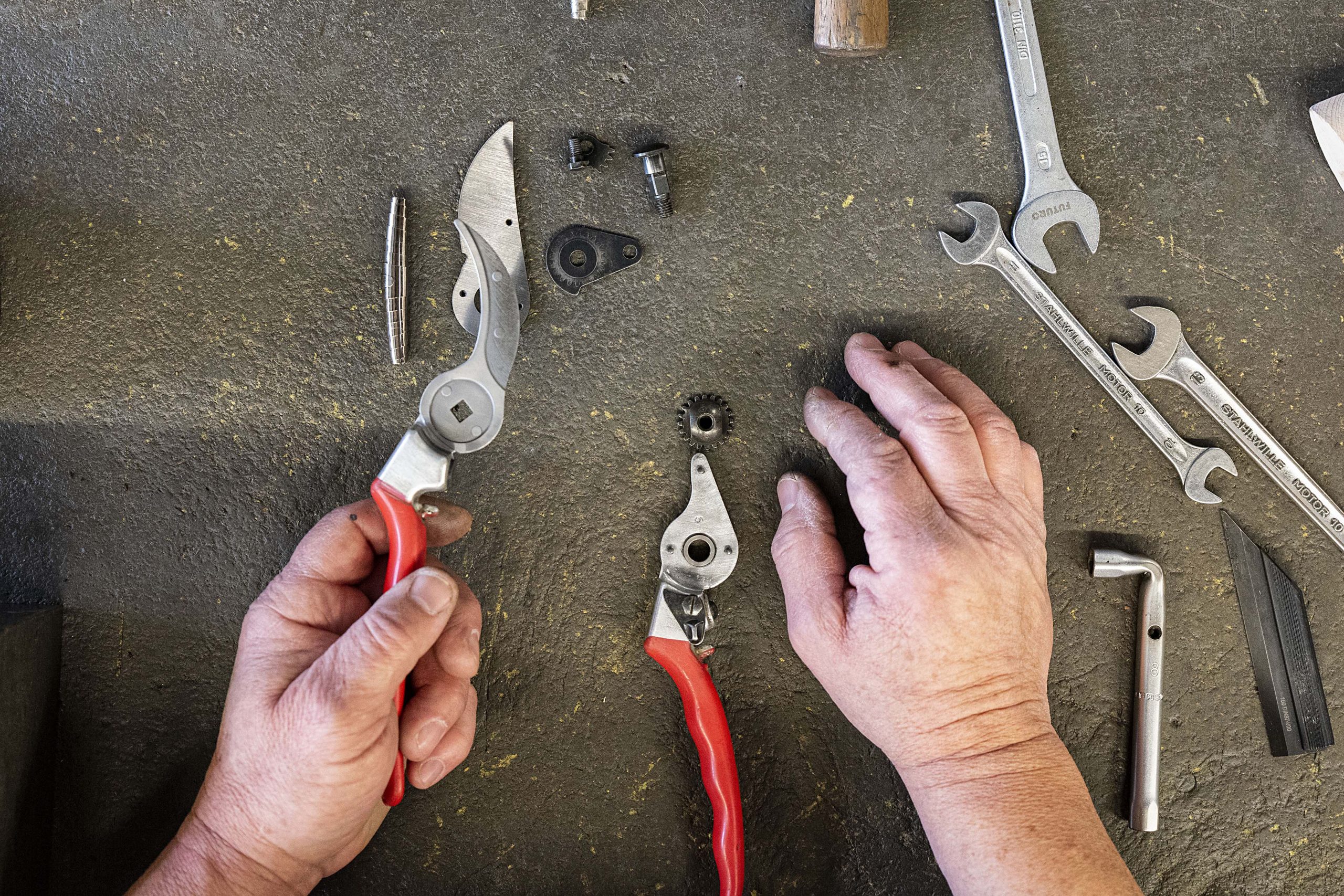 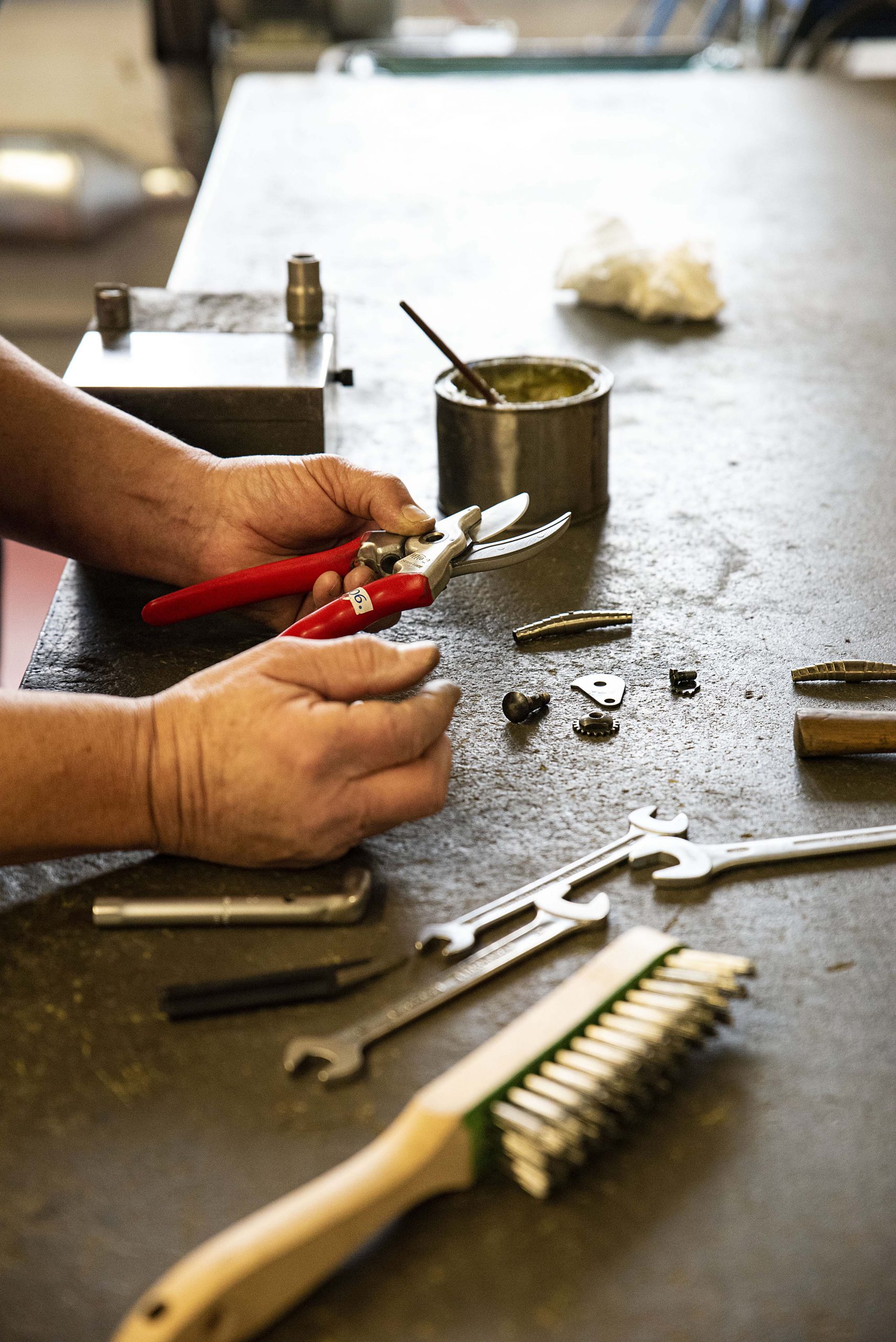 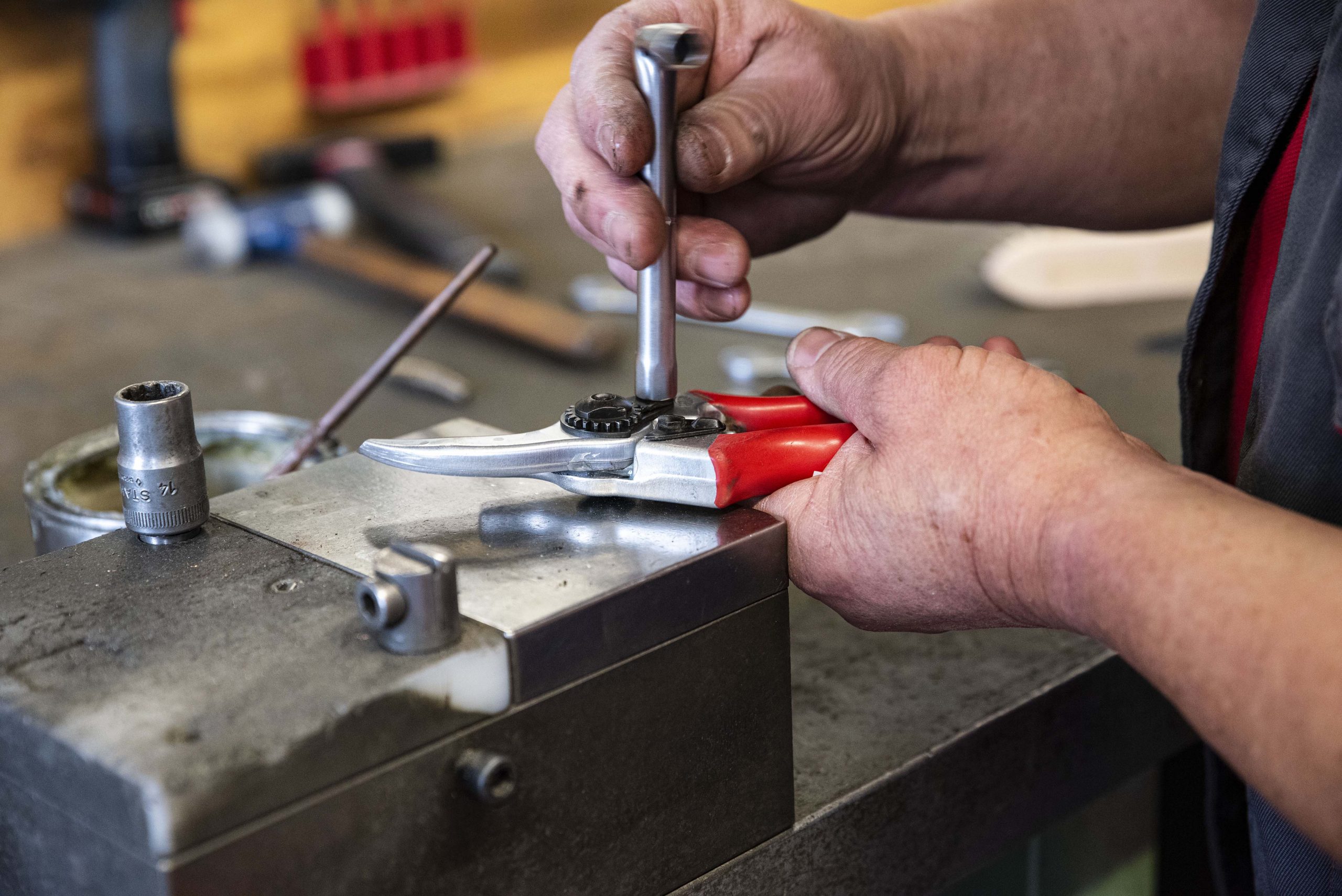 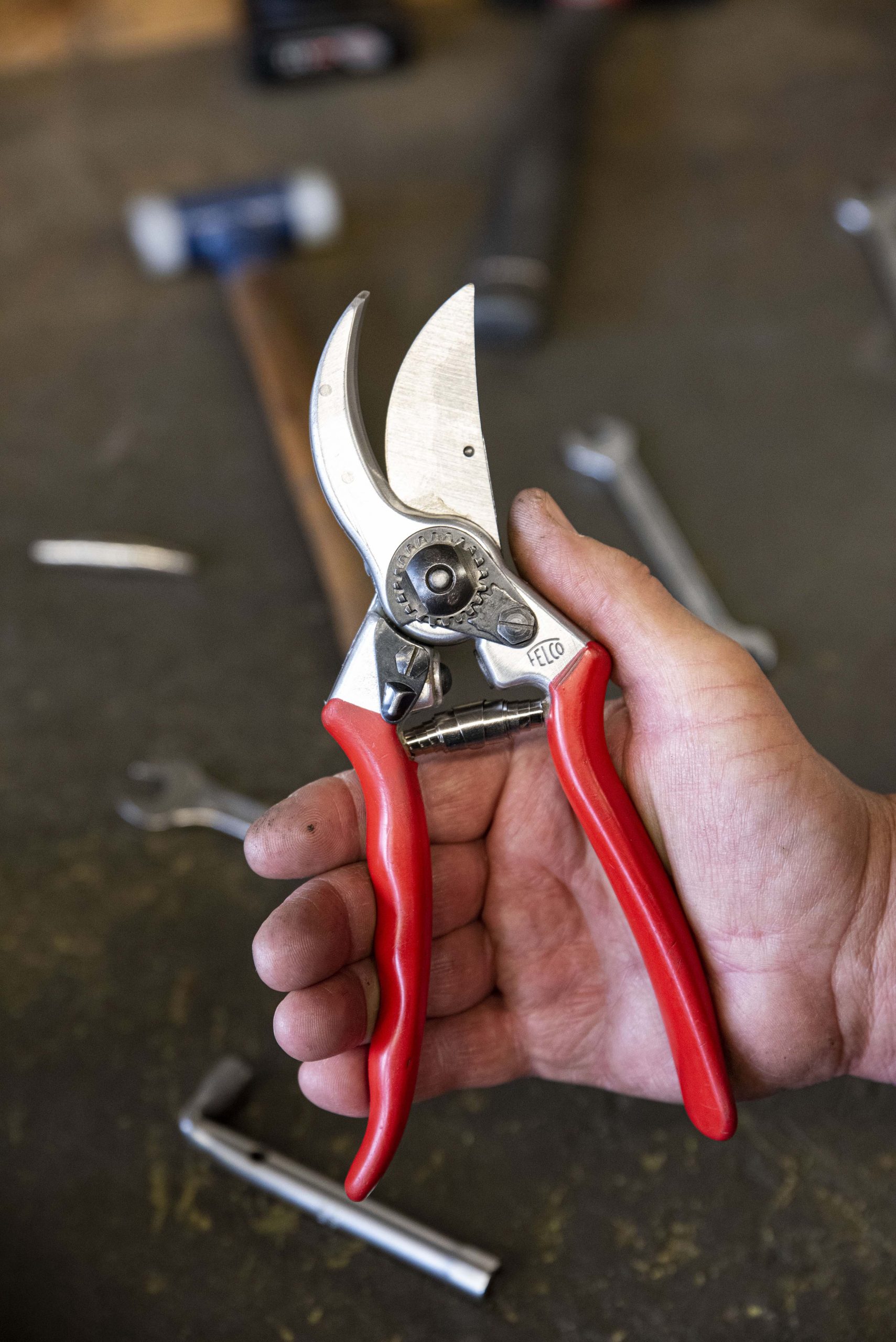 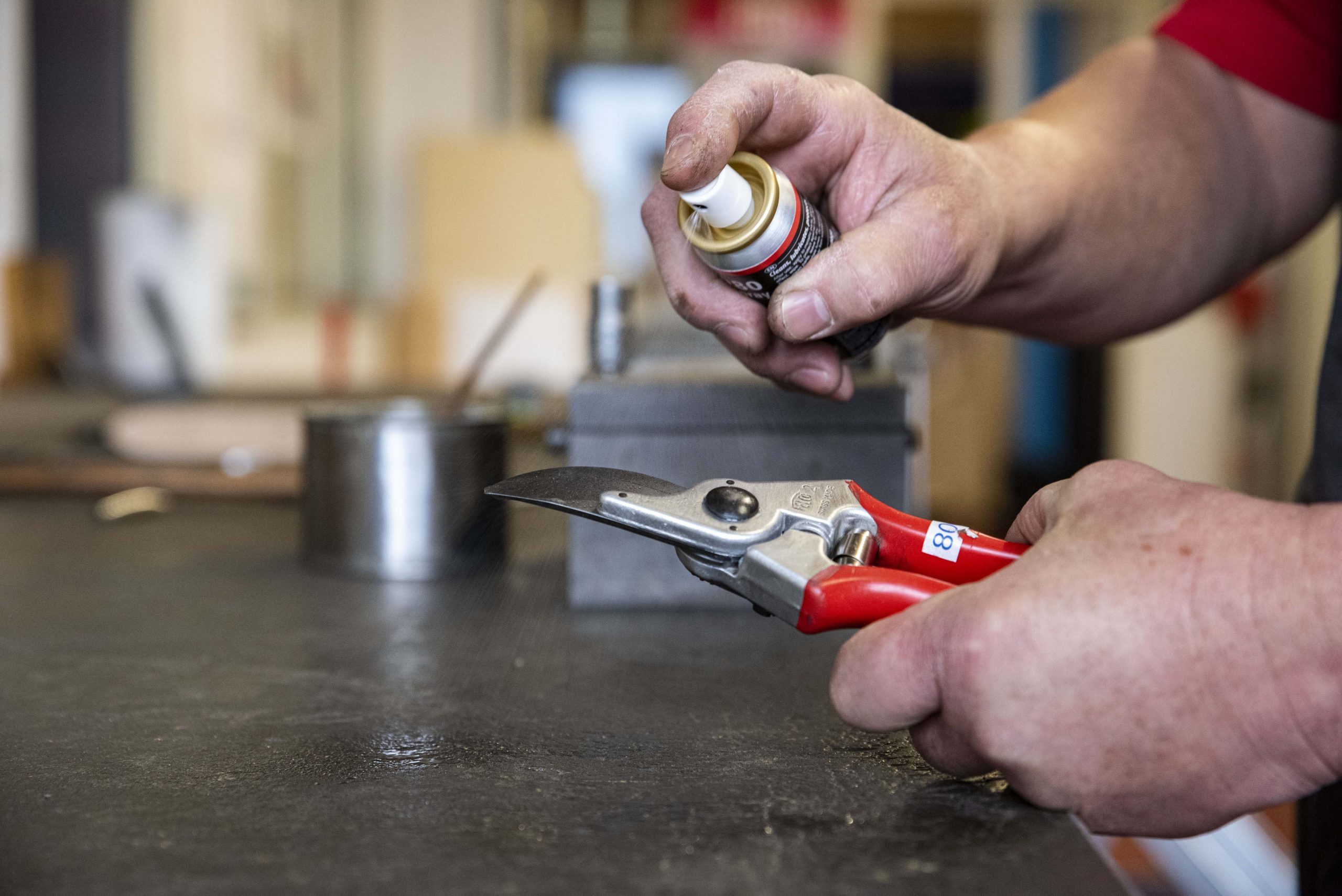